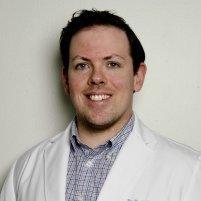 Hammertoes are an aptly named condition in which your toe contracts, taking on a hammer-like appearance. While not particularly dangerous, hammertoes can be painful and lead to ongoing problems with corns and calluses. At Denville Foot & Ankle, Daniel Hennessy, DPM, treats mild-to-severe cases of hammertoes, helping patients in Denville, New Jersey, straighten out their toes again. To learn more, call the office or use the online booking tool.

Hammertoes, which are also called mallet toes, develop because of an imbalance in the muscles, ligaments, and tendons in your foot. This imbalance begins to pull on the middle joints of your second, third, and fourth toes, causing them to contract upward. In the early stages of hammertoe, you’re still able to manually press the joint down and straighten your toe. As the condition progresses, however, your toe may become “frozen” in the bent position, which can lead to painful corns and calluses that form on the top of the middle joint.

In addition to the corns and calluses, hammertoes can throw your feet off balance. Your feet are designed to spread out your load evenly, with each small area pulling its weight. If one or more of your toes begin to pull upward, they’re unable to function properly, shifting the responsibilities elsewhere.

There are many reasons why hammertoes develop, chief among them:

Hammertoes develop more often in women, largely because of pointy shoes, as well as in people who have second toes that are longer than their big toes.

Medical conditions, such as diabetes or rheumatoid arthritis, also put you more at risk of developing a hammertoe.

How are hammertoes treated?

To start, Dr. Hennessy evaluates the extent of your hammertoe with advanced, high-definition X-rays, which are available at the Denville Foot & Ankle office. Once he has a clearer picture of the extent of the contracture, he comes up with the best treatment plan.

In its earliest stages, Dr. Hennessy approaches your hammertoe with more conservative treatments, such as:

If your hammertoe has progressed to the point where these measures are ineffective, Dr. Hennessy can perform a minimally invasive, outpatient procedure in which he releases the tendon that’s holding the toe. In some cases, he may remove a small piece of bone to allow your toe to straighten out again. Recovery after this type of surgery is fairly quick and the doctor supplies you with a post-surgical shoe or boot, which you should use while your toe heals.

To straighten out troublesome hammertoes, call Denville Foot & Ankle or use the online scheduling tool to set up a consultation.